PROBLEM : I decided to design a serving suggestions app for Lurpak​
SOLUTION : After I had researched a few different serving suggestion apps via market research. I started designing the app from scratch with some basic wireframes in the mind set of the user. I  conceptualised a different take on the standard serving suggestions app interface in that the recipe the Client’s app would suggest would be based on the weather that day - to further emphasis this I made the logo of the app a chef hat/cloud. Each weather symbol had its own colour way which would be mirrored in the food. For example, a blue overcast day would suggest the consumer make a delicious Blueberry Tea Cake - the idea being to promote just how versatile the Client’s product is as an ingredient. 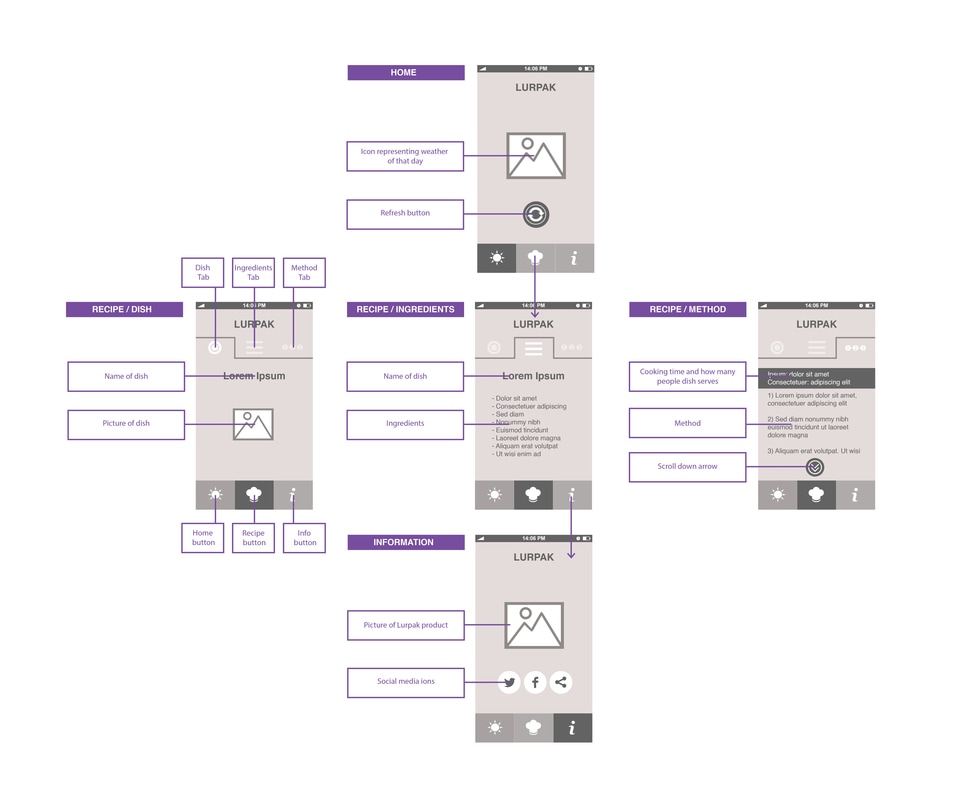 PROCESS: I made sure the app flowed and the user interface was intuitive. For example only having three key buttons, HOME, RECIPE and INFORMATION. HOME (sun icon) had simply a symbol of the weather that day and a refresh button for when the weather changed, RECIPE (chef hat icon) had three tabbed menus, a picture of the dish, the ingredients, and method. Finally INFORMATION (i icon) had a nice pack shot of the classic Lurpak butter with social media links to help push the app. 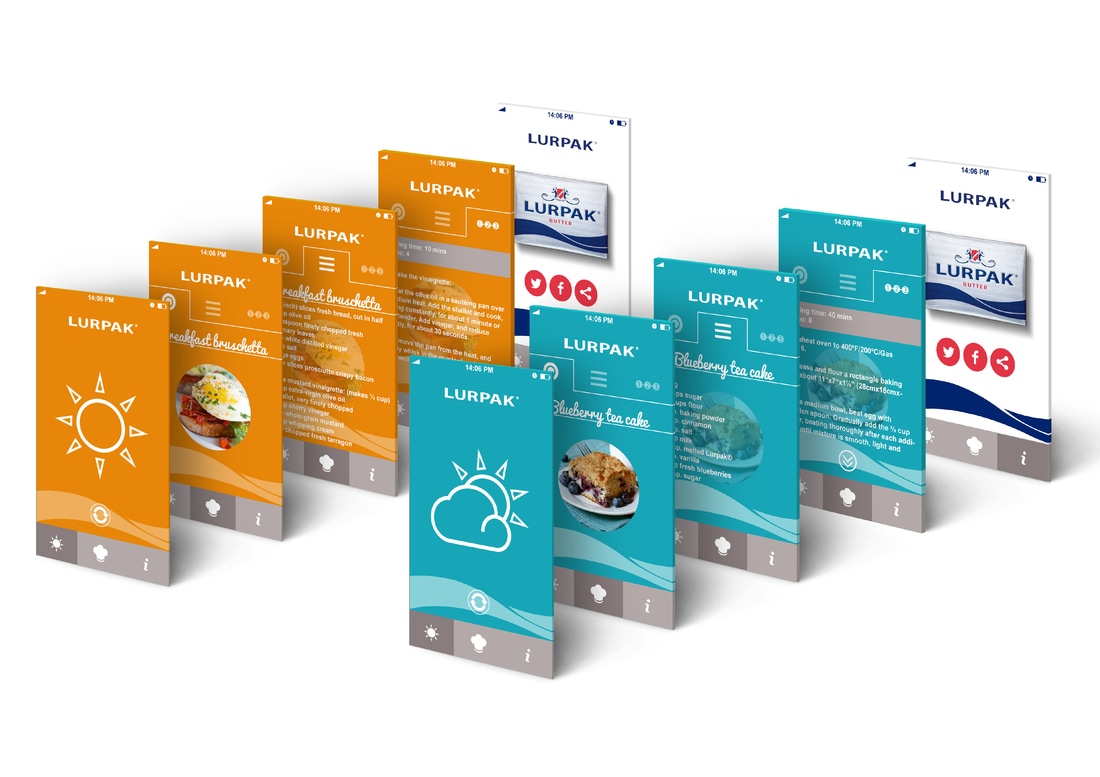